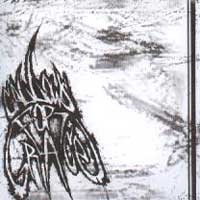 With the sudden rise in popularity of metalcore in recent years it comes as no surprise that more and more Australian bands of this style are popping up. However whereas many of the bands are taking a more commercial, melodic approach to the genre, others like Gallows for Grace take the style in a heavier direction ala the melodic death leanings of acts such as The Black Dahlia Murder and Darkest Hour.

This demo contains three songs of heavy, aggressive music with as much in common to any melodic death band as it does to any standard Metalcore band. Several killer riffs can be found throughout, most prominantly in the strongest track on the demo 'Heartless Corporate Suits' and the opening few seconds of the first song 'Sea of Clones'.

Lyrically the band is much more mature than your typical metalcore 'love / hate' lyrics, instead dealing with much more interesting, social aspects of society such an attack aimed at the state of our consumerist society. The vocals to accompany these lyrics are equally as engrossing, spat out with anger and passion, attributes which these days can often be missing in bands merely 'going through the motions'. Despite this, at times the vocals still seem a bit underdeveloped but given more time, the delivery of these should
further improve.

For a demo this release is of high quality and shows just what a young, upcoming band is capable of. At times their sound is a bit too familiar (older Burn For Me, for instance) and breakdowns seem to be thrown in on the odd occassion where perhaps they don't need to be but given this impressive start and a bit more time they should be able to further develop their own sound.

In a year where releases were much quieter than preceding years, this demo provides a much needed injection of youth and spark into the local metal and hardcore scenes.