A Night of Tool & A Perfect Circle | Badlands Bar, Perth 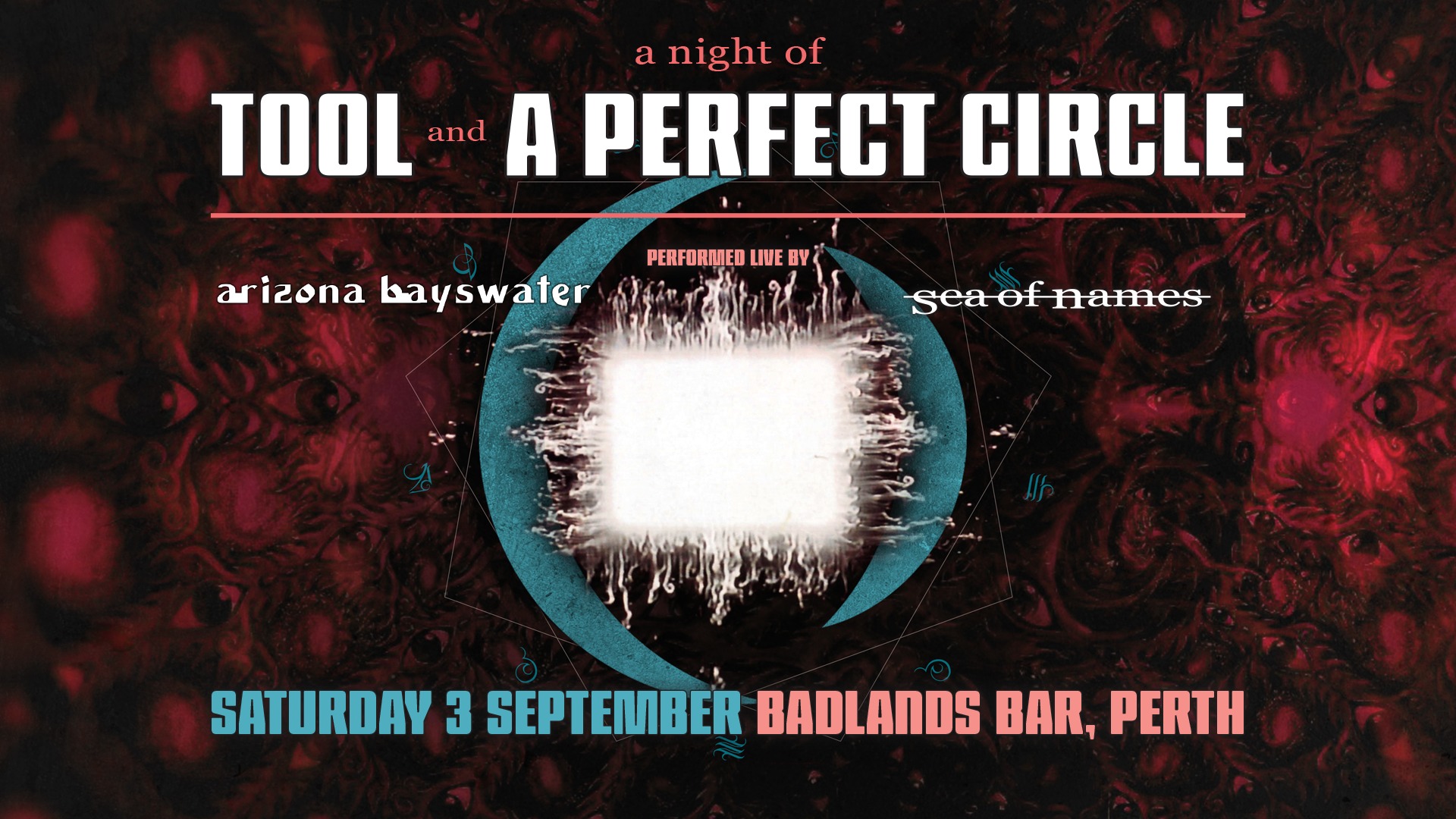 Featuring the newly formed Arizona Bayswater (Tool tribute) and Sea of Names (APC tribute), this show will be a Tool/APC sensory feast not to be missed.

Arizona Bayswater is a Tool-bute band hailing from Bayswater, Perth. Band members include drummer Russ Loasby (Stacked Actors, Mashing Potatoes, Some Like It Yacht), vocalist Dez Richardson (The B-Tools, The Brown Study Band, Dr Bogus), bassist Marty McFly (Back to the Future parts I, II & III) and guitarist Ros Wheeler (The Real Thing). These guys are combining their lifelong influence and appreciation of Tool’s music to offer the West Aussie Tool Army faithful an authentic sonic experience that takes you shoulder deep beyond the borderline.

Sea of Names (the literal interpretation of ‘Mer de Noms’) was formed to pay tribute the the beauty, power and grace of A Perfect Circle. Their debut performances saw sold-out shows at the Newport and the Capitol in 2017 and 2018. The band members hail from some of Perth’s best-known acts including Voyager, Chaos Divine, The Brown Study Band, Dr Bogus and Opia. Sea of Names will be performing a huge list of tracks across all three APC albums.