All Ages Mosh In A Sanatorium XXII DEATH IN JULY. Iniquitous Monolith shirt give away 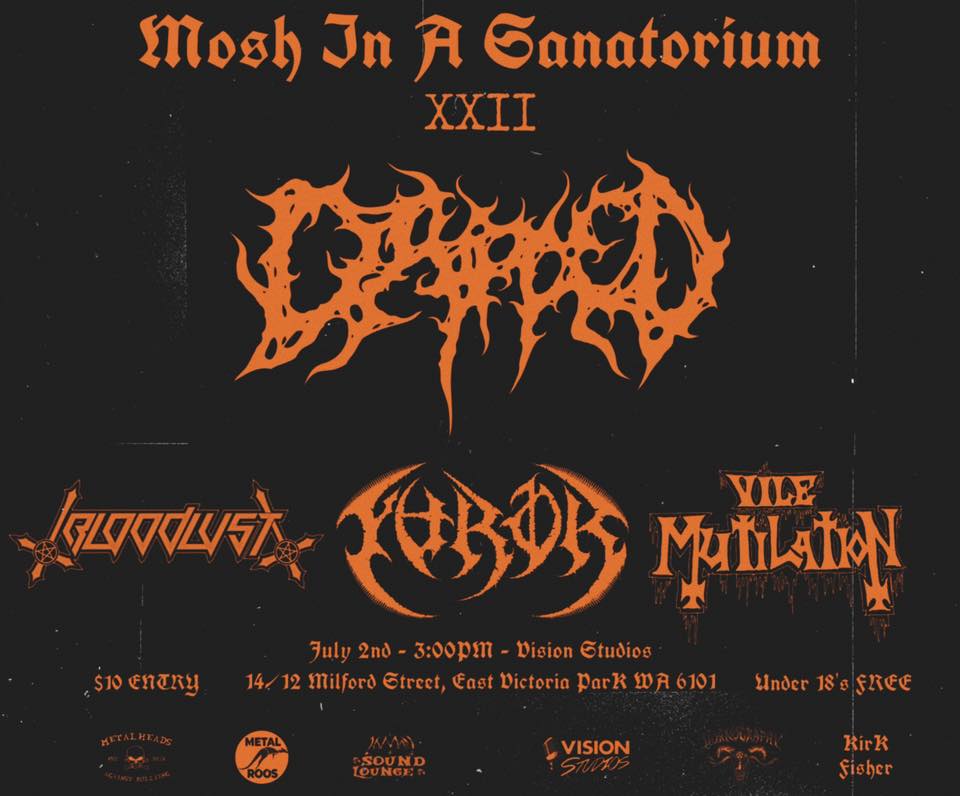 -MOSH IN A SANATORIUM 22: DEATH IN JULY-
Next months MIAS has a roster full of bands with a deathlike sound. Opening up we have the debut of VILE MUTILATION bringing an old school sound to the stage, followed by the Black/Death symphony of torment THE FUROR and BLOODLUST following with their Black Thrash Attack, then rounding off the night is the mighty DRIPPED, who are sure to destroy with their brutal tracks.

Entry is $10 for those over 18 and free for under 18’s! This gig will also have a few cheeky giveaways to win including an Iniquitous Monolith Tshirt

We are looking forward to seeing you at MIAS 22: DEATH IN JULY!

As always, not for profit