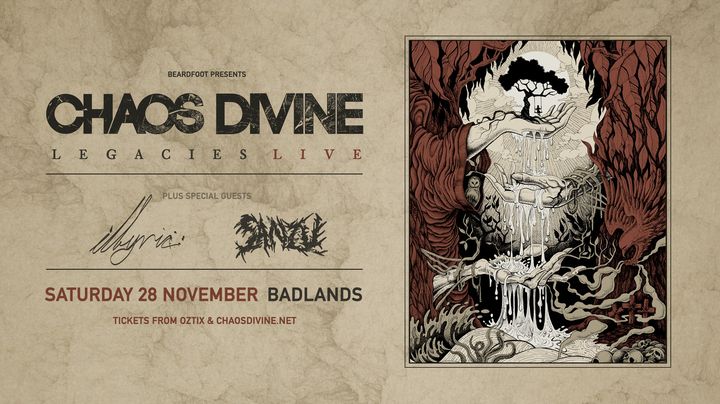 Over the past decade, few bands have consistently been at the forefront of Australian heavy music quite like Perth’s CHAOS DIVINE. Now, they return with Legacies – their most ambitious, virtuosic album, and a testament to their own enduring legacy as Australia’s most formidable progressive band.

As one of the world’s finest progressive acts, the band has secured their own legacy over the course of 15 years, three iconic albums, countless stage hours and a trophy cabinet full of awards and industry accolades. Now in 2020, Legacies has not only emerged as the most fitting title for their gargantuan fourth album, but the theme that threads everything together.

To mark the release of Legacies (our 16 October), CHAOS DIVINE will be bringing Perth fans a special album launch show performing tracks from the new album and a selection of classics from the band’s back-catalogue. Joining the line-up are two of Perth’s most exciting live heavy acts: ILLYRIA and SANZU.

Tickets are on sale now through Oztix and chaosdivine.net