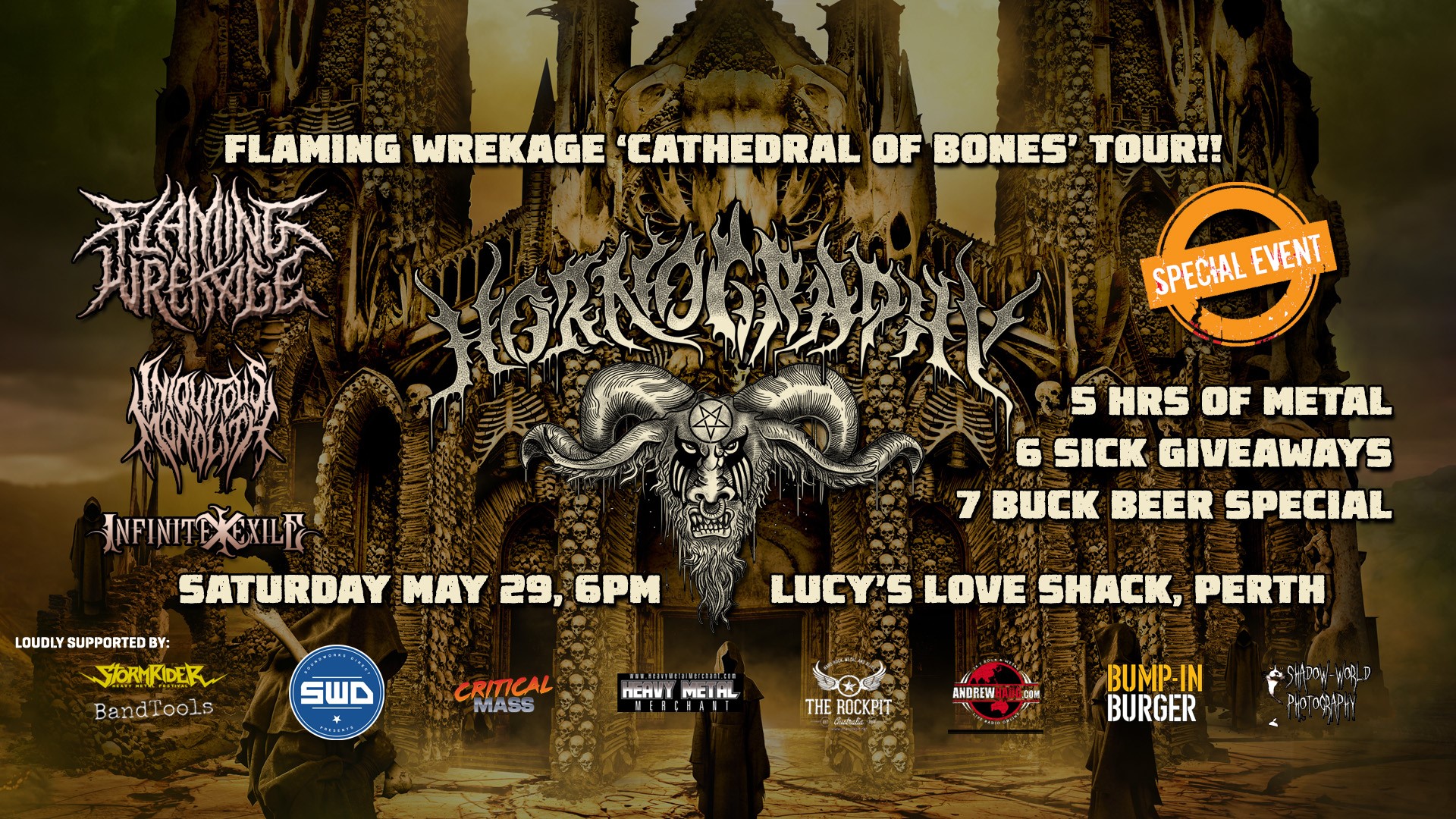 Perth’s monthly metal event HORNOGRAPHY keeps pumping along in 2021, and now in May we have our first interstate act of the year! Finally with border restrictions easing, we can start welcoming some touring acts to play alongside WA’s killer local talent.

WA has been spoilt with local metal events during this pandemic and HORNOGRAPHY is no exception, with all of the return shows being absolute rippers. So get down early and don’t miss this chance to rock out with Perth punters and muso’s for another killer night out.

FLAMING WREKAGE (NSW)
Fresh off the back of their monstrous ‘Cathedral of Bones’ album, Sydney’s FLAMING WREKAGE are determined to keep the momentum buzzing and are here to treat us Perth metalheads to their aggressive brand of modern heavy tunes! Their live show is pumping with energy, combining a thrash/death feel with a good dose of grooves. FLAMING WREKAGE have been going from strength to strength since their incarnation in 2010 and are an extremely hard working act that has toured relentlessly building a big fanbase and reputation.

INIQUITOUS MONOLITH
Heavy as fk stompin death/slam that continues to drop jaws as they tear apart the Perth metal circuit! INIQUITOUS MONOLITH have been making a serious impact of late, pulling big crowds and crushing them to pieces. Expect to be pummelled to dust.

INFINITE EXILE
New act on the traps INFINITE EXILE blend 90’s groove with modern metal elements and an old school attitude. Get down early to check out their low-tuned heavy sounds and headbang-friendly riffs.