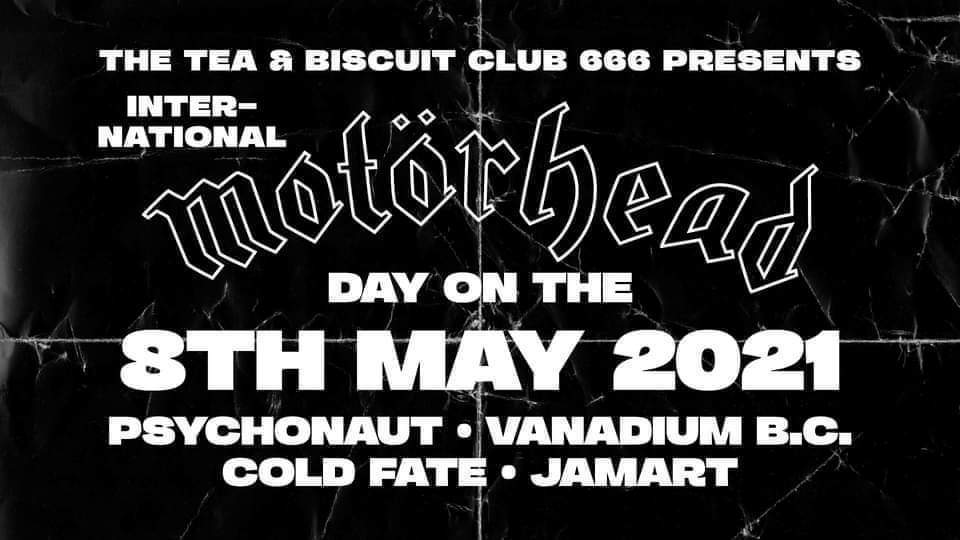 The Tea & Biscuit Club 666 Present International Motörhead Day – WA Edition. Psychonaut, Vanadium B.C. , Cold Fate and JamArt will be playing some Motörhead favourites live, along with their own Originals. Only Motörhead tunes played before, in between and after the bands. Jack Daniels Promotion with $5 “Lemmy’s” plus more drink specials on the night. Doors open 6.30pm.

Jam Art’s music is from the universe of change, frequencies and adaptions. A hybrid mix of Metal, experimental and sonic soundscapes.
https://www.facebook.com/jamartband/

Vanadium B.C. were formed in 1993 in Fremantle until 1996. Reborn in 2018 as Vanadium B.C. They will be bringing their non compromising Pure Australian Metal to this event for a fist pumping, horns in the air set!
https://www.facebook.com/vanadiumbc/

Psychonaut have been a long standing force on the Australian music scene since 1999. They will be bringing their Aussie Power, Speed, Thrash, Death, Rock, Metal Attack!
https://www.facebook.com/psychonaut.aust