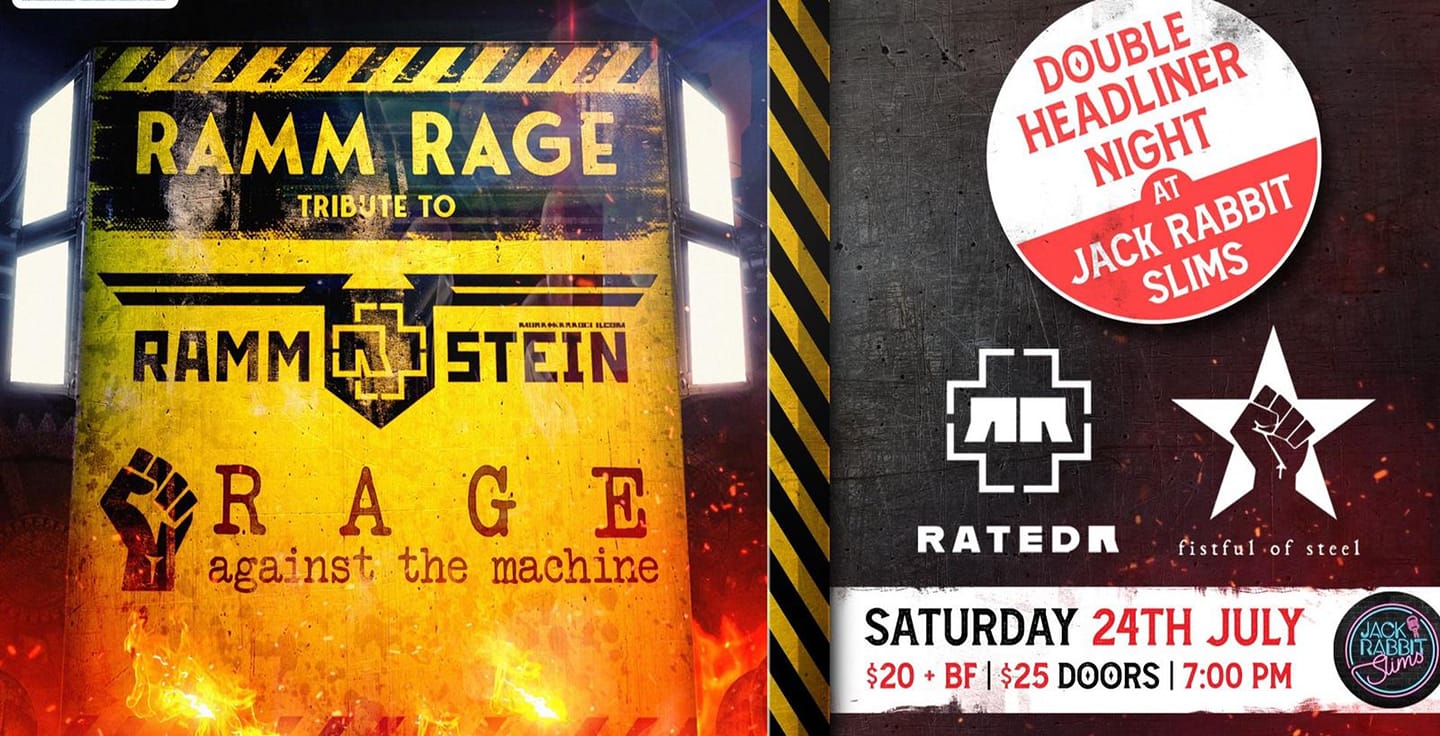 Supported by:
Fistful of Steel (Rage Against the Machine tribute)
(7:45pm)

RATED R (RAMMSTEIN TRIBUTE)
Emerging from its roots in the darkest German forest, this thunderous tribute acttakes no prisoners in its trace.
Fallen angels fire godless music up your chase until red tears drizzle upon the face of those who weep.
Rated-R will tear through your guts like a panzer driven by a cannibal and no piece will ever fit the same.
Rated-R is a 6-piece industrial Rock/Metal Rammstein tribute band that unites a group of established musicians from our disciples of rock Gods. The latest flare to light up the Perth music industry and receive jaw dropping expression and feedback. This band marries epic theatrical performance with heart thumping renditions of the
German bands’ repertoire along with the added bonus of surprises in their set, AND as a multitasking – live playing walking treadmill on the stage from the legendarymovement by that of himself:
Christian “flake” Lorenz.

FISTFUL OF STEEL (RATM TRIBUTE)
Fistful Of Steel gives you the true live Rage Against the Machine experience, replicating the sound and energy of the best band in the world. From the moment you hear the first squeal of the guitar to the last crash of the cymbal, FISTFUL OF STEEL captivates the audience, playing all the hits from RATM’s four studio albums as well as previously unreleased tracks spanning the band entire repertoire.