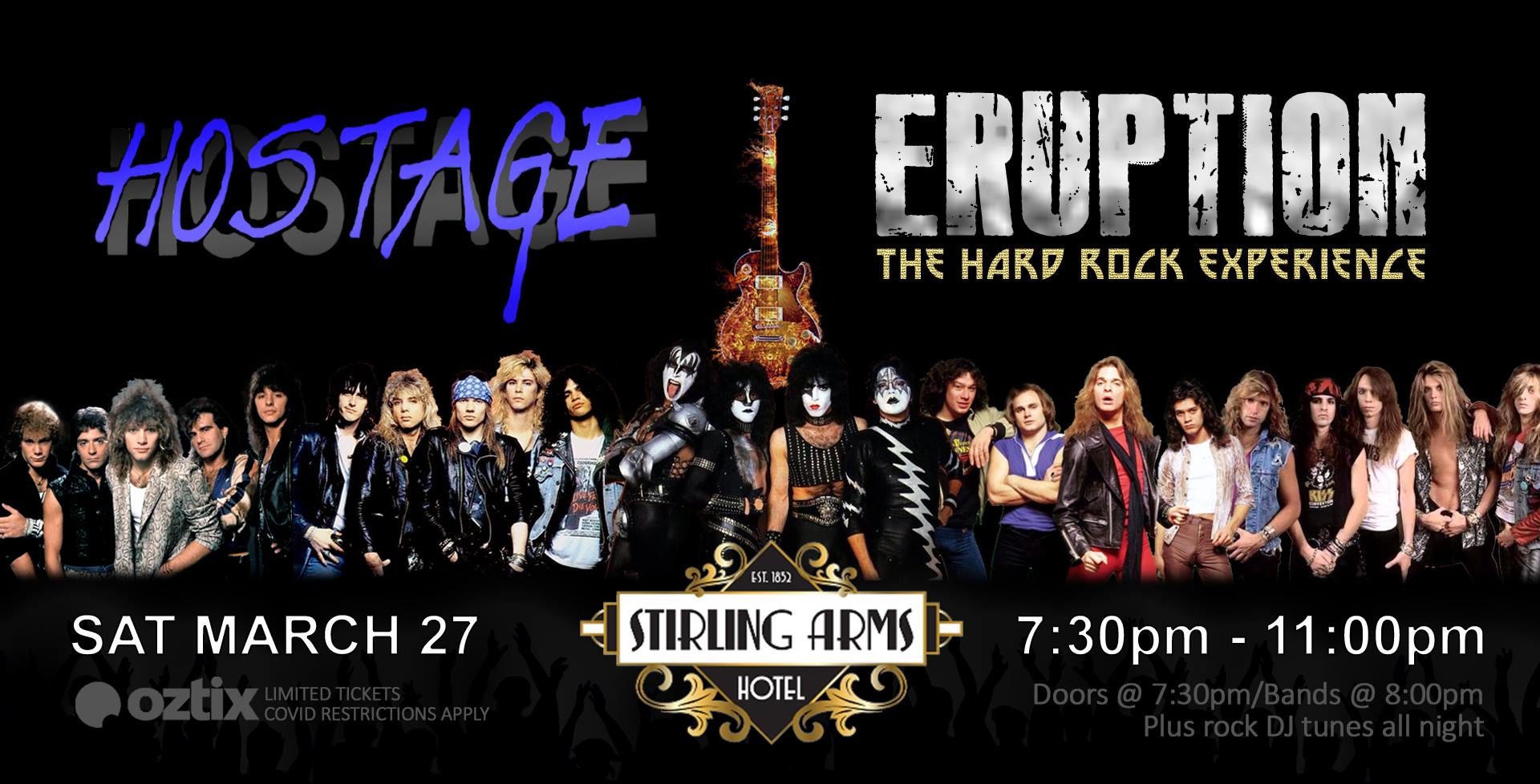 ERUPTION The Hard Rock Experience is an explosive 5 Piece Band paying tribute to the genre of Hard Rock. With outstanding musicianship, you can expect to hear the music of Van Halen, KISS, Bon Jovi, Ozzy Osbourne, Iron Maiden, Whitesnake, Tesla, Ratt and many more. ERUPTION will blow your mind bringing you back to the unforgettable cool era of Hard Rock.

HOSTAGE burst onto the Perth music scene in 1993. In a sea of grunge and alternative bands, they continued to carry the torch for Hair Metal high and bright. After their successful album release “Poor and Famous” in 1995, Hostage rocked Australian crowds until they disbanded in 1998. Now they’re back with two new members and they’re here to rock your world once again, performing banging Hair Metal hits taking you back in time where rock music was king.

Don’t miss out… Grab your tickets now and get ready for an epic Rock n Roll party at one of Perth’s best live venues, The Stirling Arms Hotel.