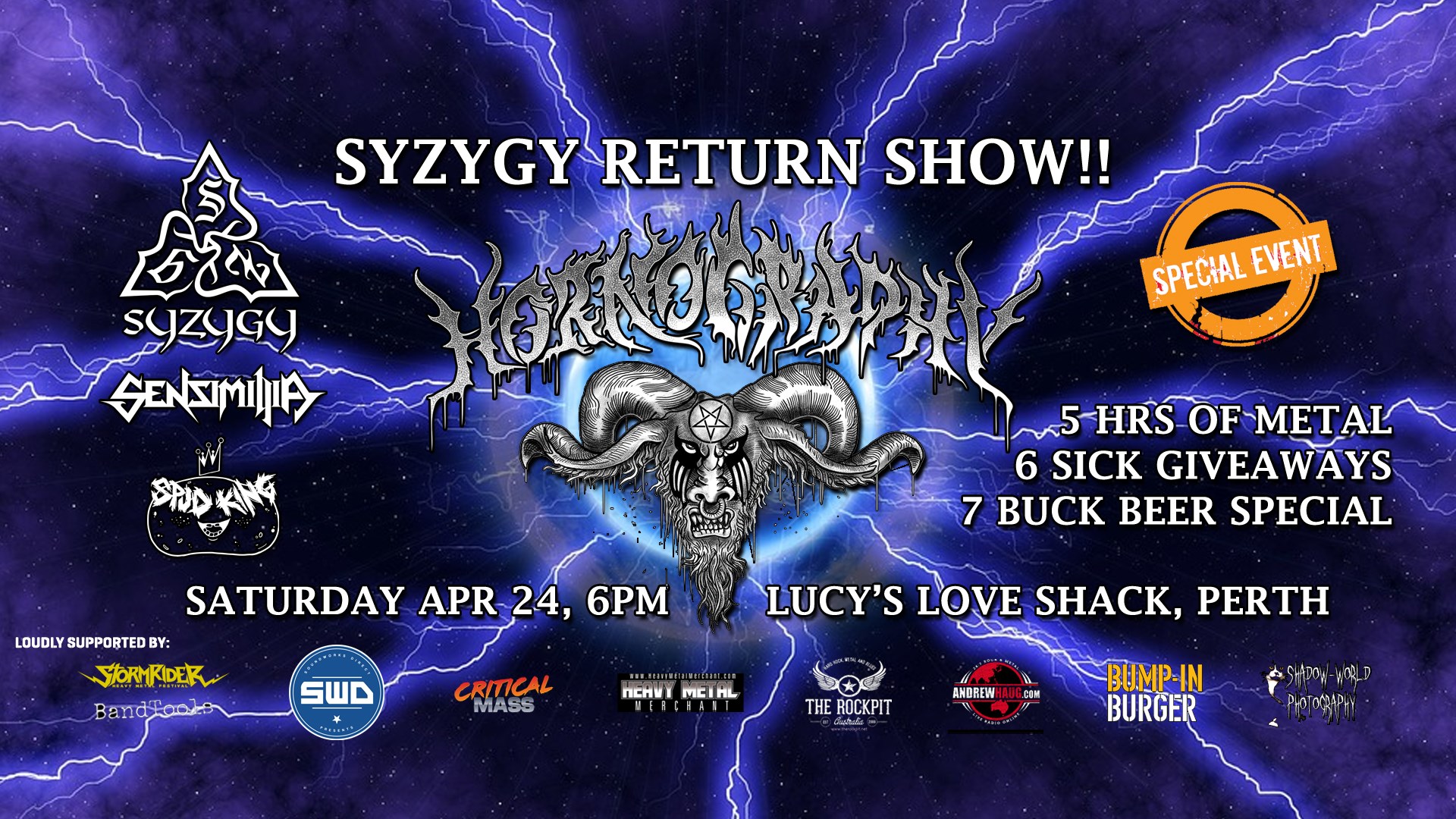 After a busy two months of local gigs galore, the dedicated monthly night for HORNOGRAPHY returns for April!

And just the way we like it, we have 3 killer local acts including a comeback show, a newcomer and a night dedicated to the power metal and progressive metal genres.

WA has been spoilt with local metal events during the pandemic and HORNOGRAPHY is no exception, with all of the shows being absolute rippers. So get down early and don’t miss this chance to rock out with Perth punters and muso’s for another killer night out.

SYZYGY
Instrumental prog rockers SYZYGY made a huge impact on the Perth metal circuit back in the 90’s, and now with a reformed lineup they are ready to go again for the first time since 2006! Making a huge reunion this month at HORNOGRAPHY, this band is seriously talented and will melt our faces with stellar musicianship, technical solos, crazy time signatures and plenty of fun.

SENSIMILLIA
Local metal act SenSiMiLLia have been tearing up Perth stages for almost 10 years and with albums in the works are at the peak of their game. With lyrics both in English and Nepoli, SenSiMiLLia play a mixture of traditional heavy metal with some thrash and groove based on the dark side of life.

SPUDKING
Hot Potato, Hornhubbers! Opening this event are a brand spanking new spudloving act inspired by Tony Galati and all things fresh produce. Recently releasing their first music video, SPUDKING combine their love of death metal and potatoes, a match made in heaven. Loads of fun, don’t miss it!