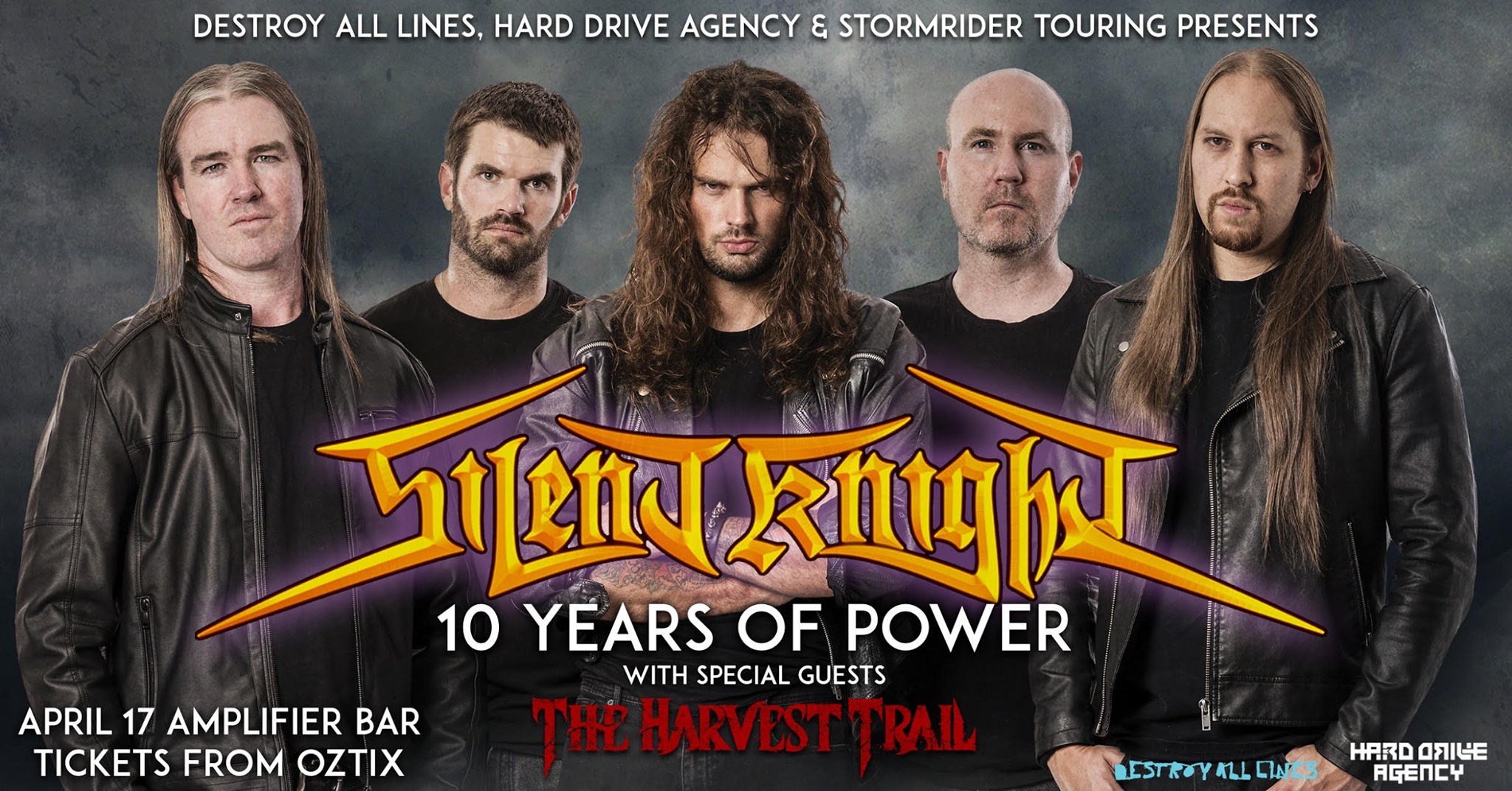 Ten Years of Power Metal! Perth’s own SILENT KNIGHT have been blazing a path of sonic fury and blistering audial fire for a decade, and now the Western Australian metallers have set their eyes on celebrating this milestone this April for one very special night. Comprising a setlist featuring material across the band’s entire catalogue, this is guaranteed to be a night of epic proportions as Silent Knight celebrate their second decade of existence in true power metal supremacy! Joining Silent Knight are Western Australian melodic death metal supergroup THE HARVEST TRAIL, who will be a visceral assault on the senses to round out a night that is already set to leave necks sore the morning after!

Tickets only $25 via Oztix!