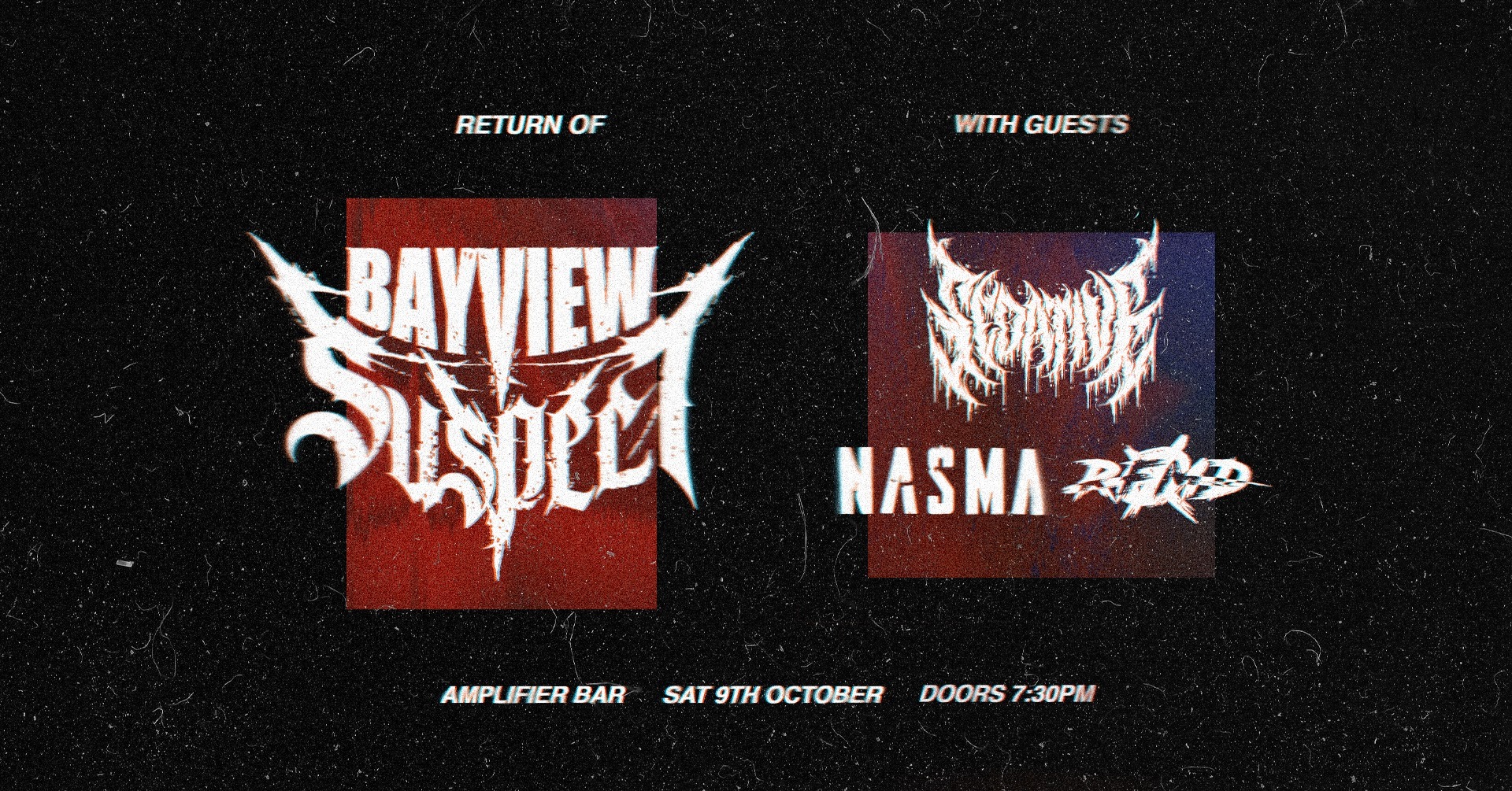 Bayview Suspect returns to the stage October 9 after almost a year off to focus on writing new music and boy, do we have a show for you. Not only do we have the sickest line-up and the pleasure of sharing the stage with the boys from Sedative, NASMA and RFMD.

We are also doing a live VIDEO CLIP! And all you legends get to be in it! This also means we are going to be playing new songs on the night for the video clip. The rumour at this stage is possibly four new songs off the upcoming album! Oh, did we mention it is also Luke’s birthday?

Bayview Suspect is a 5-piece groove metal band that incorporates a varied mix of influences that must be heard to be described. The mosh pit bounces as Bayview hits the stage with their addictive energy and unique heavy sound.

Sedative is an amalgamation of heavy music created by 5 individuals from a plethora of influential backgrounds – Sonically ranging from slam to modern metallic hardcore, and touching on themes such as despondency, grief and personal turmoil. Sedative seek to create a viscerally confronting atmosphere in their music through exploration of heavy themes, as well as creative and unique twists on the tropes of modern heavy music.

NASMA are a 5 piece metal band from Perth. Although new to the game, their “djenty” sound has been well received by the Perth scene. Coming hot off the heels of their debut e.p ‘desertion’, NASMA’s goal is to continue to release catchy, hard hitting bangers for the fans.

“RFMD are a new 4 piece hard hitting, in your face, no holds barred band from Perth.
Who in 2021 have come out swinging for the fence with a zero f**ks, Aggressive “Reformed” sound and attitude”