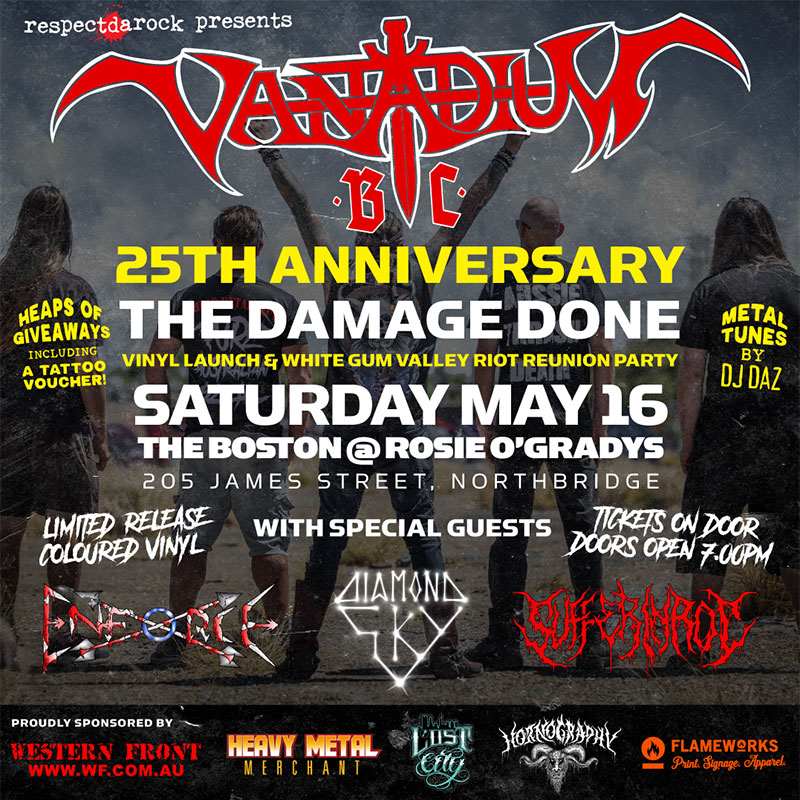 Vanadium B.C.: Formed in 1993 as Vanadium the band played in the “Golden Era” of Western Australian Metal and released their debut album The Damage Done in 1995. In 1996 the band was buried. In 2018 almost 22 years later they were born again and rose from the grave as Vanadium B.C. With The Damage Done 1st pressing now selling for $1000+AUS internationally they are bringing it back for the 1st time exclusively on Vinyl through respectdarock records. Get ready for a blistering set of their classic 90’s tunes and some new ones from their revamped line-up of their Thrash influenced “Pure Australian Metal”!
https://www.facebook.com/vanadiumbc

Check out the show on the 16th of May: