NEXUS has been in action since about 1998 or so, with guitarists Dylan and Geoff undergoing many lineup changes, before almost giving up due to lack of interest. Then, after Geoff met Dan at TAFE in 2002, they began to jam a few covers and brush up on some old originals. Some were deemed too daggy to ressurect, but a couple still exist in todays' set list. After a few months, a bass player was found from Dan's old band, Josh. Nexus auditioned a couple of singers, but eventually Dan became vocalist. 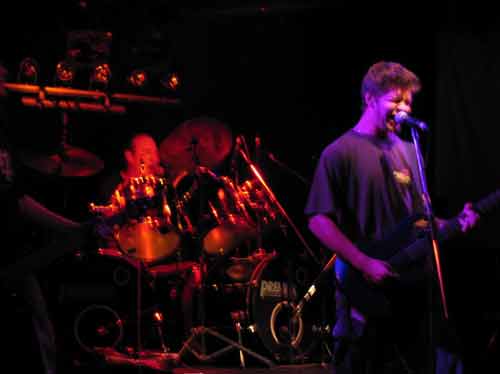 The lineup complete in late 2002, the team began working on new original material in the melodic death vain. It was only a few months before Nexus played its first gig at the KerbStomp launch (2/5/03). Since then, Nexus have refined their heavy sound to include more technical and black elements into their music, attempting to broaden their sound and fan base also. 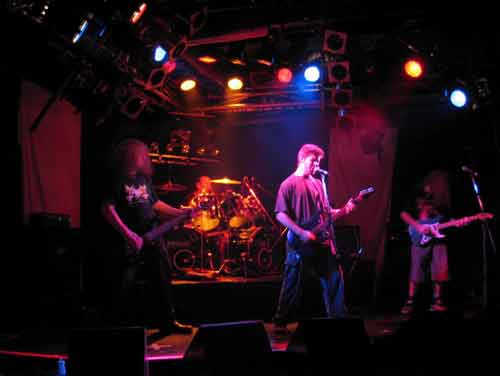 The Nexus hype is growing slowly, people at gigs are now less friends and people they say "have to fucking be there" but more so fans who come of their own accord. Nexus are planning to record soon at Planet Studios in Subiaco and are looking to beef up their playing experience with more gigs.

Words do Nexus no justice, so come by one of the shows as to formulate your own opinion.