From Right to Left in photo below: 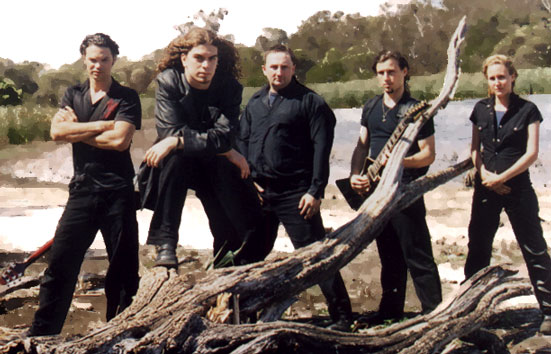 After attending numerous Enforce all-ages gigs at the White Sands, a stint as Guy Bell's Number 1 Fan and two NACHTHIMMEL releases, Danny discovered that metal + melody was in fact a possible combination. Roughly 2 ½ years ago Danny, (also known as Nephil in the Perth metal circles), Adam Lovkis (drums) and Mark Baker (keyboards) got together and decided to start a melodic metal band. Seeing as there was no music of the sort in Perth at the time, it was the perfect opportunity to display that yes, keyboards could fit nicely into metal.

Soon the trio began rehearsing somewhat more seriously at Soundworks (formerly Barbuzzing studios) rather than in Adam's garage with a Peavy Rage 158 and a Casio and realised there was potential. After seeing Mark DeVattimo rock out with PSYCHONAUT, it was time to bring in a second guitarist (at that time Danny was playing (or attempting to play) guitars). Mark turned out to be exactly what the band needed. It was all going well.

Out with the old and in with the new…

After the sad departure of Mark Baker to Queensland to form his own outfit Kreditor (financial black metal $$ exclusively), the band, who were toying with band names such as ORION (how coincidental) or ORION'S BELT or something like that, became VOYAGER and had three songs: Monument and Cosmic Armageddon Parts I and II (the "warriors" song).

With Mark's departure there were no more keyboards in the band, so Danny decided that, being a classically trained pianist and an abominable guitarist, it may be wise for him to make the switch. Said and done. After meeting Emanuel at a certain local metal gig and several minutes of mutual admiration of each others' BLIND GUARDIAN and GAMMA RAY T-shirts we decided to give him a go.

When he turned up to rehearsal he, as latter confessions proved, expected us to be an amateur rock band. And we certainly were. We showed him the first song and told him to solo. This was a bastard of a shredfest, so after the solo he became generally known as Manny J. Malmsteen. 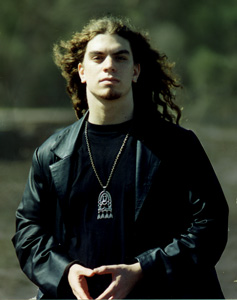 Several gigs followed at the Raffles and the Charles hotel. Following each gig was a really pissed off Danny who went apeshit at every band member for no reason whatsoever. Also left standing there like a poodle in the rain was a disillusioned Barbuzza with a fistful of flyers in his hand, trying to advertise his next Soundworks gig, after which he usually went home with a fistful of hard currency and the bands with a $2 Kosmic voucher (jokes aside, the Soundworks gigs were a fucking excellent opportunity for bands like VOYAGER to play).

And so Adam quit EVERYTHING, including drums, cello, sex and VOYAGER. And so Danny went to Germany for a while. And so Adam rejoined. And so Adam quit EVERYTHING again. This was extremely sad, as Adam's drumming was an integral part of the band. However, it could not be despaired and a new drummer was soon found. Geoff Calaghan (formerly and still of/in LIFE CYCLE) blew us all away with his ferocious drumming and VOYAGER had a new full line-up. 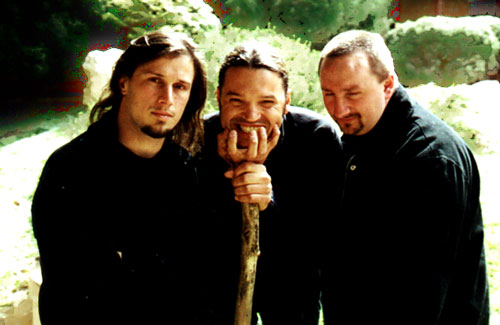 After two gigs at the Raffles and the erm… place in Rockingham Danny realised that there was no need to go apeshit because the band was really starting to take on form again. After being introduced to a lovely young lass called Jenna (Jameson .. Ed – they wish, although I rate her better than Jameson anyway) who happened to play the bass and loved our music, the blokes of VOYAGER realised that they had no bass player and that having one might be quite good. So Jenna was given a CD and, Jenna having learnt ALL the songs in several milliseconds, VOYAGER became the band with "that hot bass player chick" (quote Guy Bell). 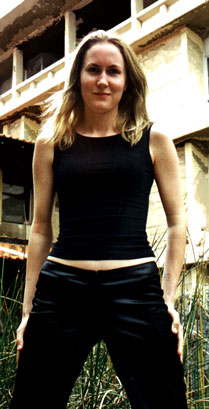 – Danny has never played in SYZYGY, contrary to some people's belief 😉

Voyager have been absent from the local metal scene for almost a year while members were abroad or pursuing other projects. However in that time the album was completed, and Voyager made a triumphant return to the local metal scene by placing 3rd in the indie-pop dominated Campus Bands Competition.

After a long wait Voyager finally release their debut album “Element V”. The album contains Tan extremely versatile selection of songs ranging from melodic/power metal to melodic dark/death metal in a way never before done, the extensive use of keyboard adding to an atmospheric and slightly symphonic sound. The time and place for the official Release Party is at the Amplifier Bar on Friday 4th April. 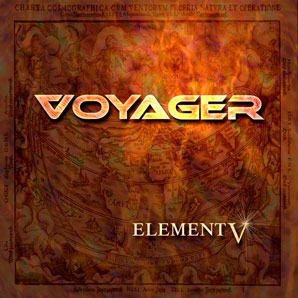