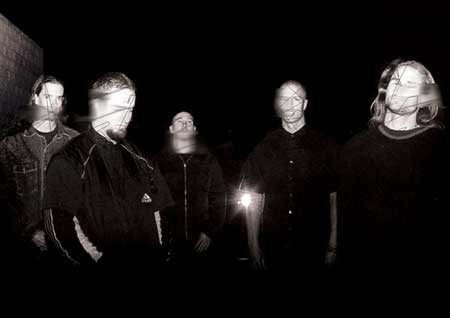 Devolved was initially formed in late 1996 by John Sankey and Brett Noordin, who as friends had a common interest in extreme music. Soon after Joel Graham and Mark Walpole joined the duo and the song-writing process began. As a four-piece devolved played a number of shows in their local area of the Gold Coast, Australia, as well as recording demo tracks to increase already growing recognition.

It wasn't until 1998 that Nik Carpenter joined the band as full-time vocalist and the current line up was complete. Very few live performances followed as Devolved stayed behind closed doors to concentrate on writing material for a debut release. In 1999, a 2 track demo was recorded which quickly became the most sought-after item amongst the australian underground metal community. The 2 songs, "Fallen Cities" and "Aversive Control" also began featured regularly on Australia's leading radio program Triple J, and various other radio stations. The songs also gained the band interest from high profile overseas record labels.

In April 2000 the five members of Devolved began the recording sessions for their debut release. It would take the next six months in Brisbane's modern music studios for the ten track recording to be completed. It was also during this time that John Sankey and Brett Noordin finished the lyrical content of each track and revealed the overall theme which was to be portrayed throughout the recording. It is certainly these words which holds the albums darkest tones, a frightening vision of humanities loss of emotion through the search for technological advancement. Each new phrase deliberately written to show us random images of decline which by the albums end become all too real.

In November, Devolved emerged from the studio with an album that can only be described as crushingly heavy and severely erratic. Titled "Technologies", this is like no other sound the music scene has produced. More overseas offers were made but Devolved remain a completely independent act due to the bands uncompromising need for complete artistic control for both now and the future. "Technologies" was released on 01-01-2001 through MGM distribution. Leighton Kearns has recently been added to the devolved line-up, replacing Joel Graham on bass duties. Management has commented on the change as an amicable one, which was totally necessary to ensure the stability in musical direction for the band in the future. 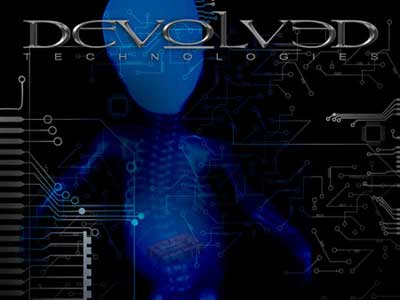 – released their debut album 'technologies' Australia wide. – 'technologies' was voted no. 1 metal release for 2001 by Australia's largest radio station JJJ. DEVOLVED won both categories comprehensively, one compiled by JJJ presenters and the other compiled by the listening public (1.5 million listenership).

– were chosen as the only metal act profiled as part of Australian music month on JJJ and became the first extreme metal act to be featured on daytime fm radio.

– were asked to perform at the prestigious 'milwaukee metalfest' in the USA alongside the worlds top metal acts. – www.devolved.net (official website) was awarded one of the the best Australian music sites for 2001.

– were a main feature at Australia's no. 1 metal festival, 'metal for the brain' in canberra, the band recieved rave reviews on their performance.

– were the focal point of metal media in Australia, with countless radio interviews around the country, features in magazines such as 'kerrang', 'blunt' and 'Australian musician', website features on various music sites plus instore appearances accross the nation.

– JJJ announced DEVOLVED as Australian metal artist of the year. 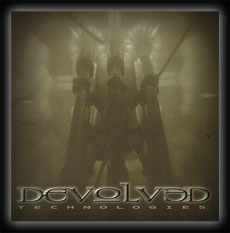 In 2002 DEVOLVED have already confirmed :

– tours to the UK, Europe and Japan from june-september. the band will be performing a series of club dates plus various major festivals in each country with the worlds elite metal acts.

– a headlining Australian national tour in late september/october which will include a headlining spot on the world acclaimed 'metal for the brain' festival in canberra.

– the release of a 3 song multi media cd in may before heading overseas. the EP will include 3 brand new unreleased DEVOLVED tracks plus behind the scenes interviews and footage, and a copy of the 'distorted' film clip taken from the highly acclaimed 'technologies' album.