Maximum Perversion have existed in their current state for around 5 years now and in this time have appeared numerous times both on stage and in adult contact magazines. This group of four depraved fiends have so far released three commercially available recordings and copious amounts of bodily fluids!

The first ever MP track (recorded in '96) can be found on a 2CD set entitled "W.A.S.A.D: The Lost Episodes" at the end of disc two. The song, Thy Flesh Consumed, featured different lyrics to the version available on "Reetketelsteen", which in turn changed again for the "Repugnant Perturbation Excursion" CD. 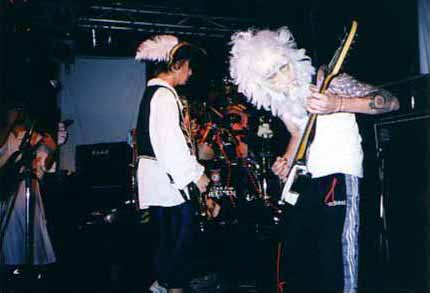 "Repugnant…" was finally released in 2001 after hassles with the bands' finances and difficulties recording in a specific Perth toilet…. a real shit-hole, of sorts. (Do you own one of the initial unmastered CDR releases with the glorious turd photograph waiting for you under the CD tray!?)

Thankfully though, the album recieved favourable reviews from friends and in the metal press, gaining a healthy score or 8.5 in UK's Terrorizer Magazine and positive write ups in numerous web-zines who's links can be found below.

In their time playing, MP have supported such notable acts as Blood Duster, Pungent Stench, Selwyn and The Berzerker as well as an array of excellent local bands! Some shows can be extreme and violent, as bruised and boozed fans will attest. Willing female (and male) fans often throw underwear at the band, usually in the form of a sock full of stones.

Maximum Perversion hope to record another full-length CD (hopefully longer than the last one) in the not too distant future. With nearly ten unrecorded tracks in their current set list, the band can't wait to enter the studio (from behind?) to lay down these fetid tales and rabid musical outbursts. Topics are more twisted than ever nowadays; drug-crazed medical students taking acid while they probe patients with optic-distorting toys, a fiendish butcher who "loves" his work and a scientist who's approach to cloning is one big meaty joke! 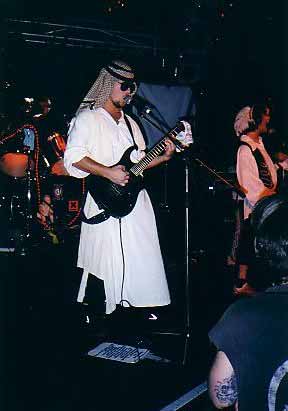 Plans are underway to release another recording which will be similar to 1999's "Fun With Scum" CDR effort. It will include songs which some may recognise from MP's current live shit-list, like Endoscopickaleidoscope and the metal fisted love-ditty, MorbidTentWank. There may or may not be a cover song of a popular American sitcom thrown in for good measure.
An idea is floating around to release these songs as a split CD or 7" vinyl, so any interested, like minded bands can contact MaxPerv via their web-site if they so wish…

A film clip for the track John Bobbit (She Chopped It!) is in its conceptual stages, but this may not appear for some time yet…
In the meantime, band members have appeared in the video "Anus Suckers", pictured here: 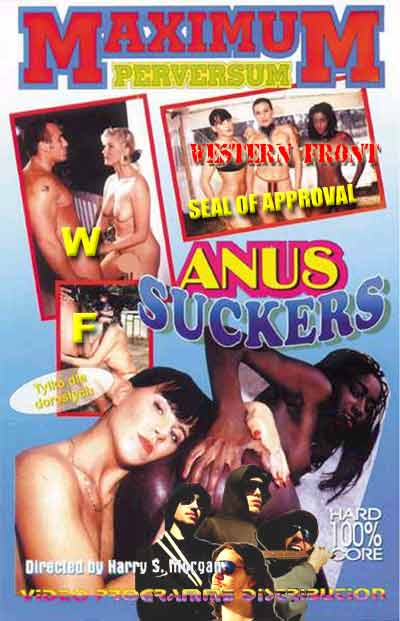 Other wanks (musical or other):

The Raw Doctors: have released a CD/EP that you won't find (even if you think you will!). It features two members of MP and contains 5 (five) excellent tracks produced by Tony Keyboards at Raw Doctors HQ…

The Scoundrels: include Jon on bass / guitar and Andrew on drums and back-up yells along with Anthony (of the late Love Camp 7) on guitar, bass and vocals. Currently playing at various venues around Perth, catch them if you enjoy salty songs about dancing pirates and ludacris punk versions of unexpected tunes…

Hated By Humanity: "borrowed" Daniel for a surprise appearance at the Hyde Park Hotel with The Scoundrels and MP for the LIVE DISMEMBERMENT show. H.B.H's regular drummer, Graham Fullpower is a retarded drunk who on that night was under police guard for commiting an act of terror involving a rubber chicken! A link to the Official Hate-Site can be found lower on this page…

Cuntscrape: is the bastard vagina-child of ex-Choke sicko, Mr Glenn Dyson… This band features an all-fucked line-up including Daniel (Depravia Majora) as 'the drummer' along with Capt. Hate Box (bass) and his assistant The Neck (guit.), all lead by team leader and guitar playa, King of Schwing! Currently in rehearsal, this sonic abortion will explode in a putrid shower of lochial discharge around April this year… 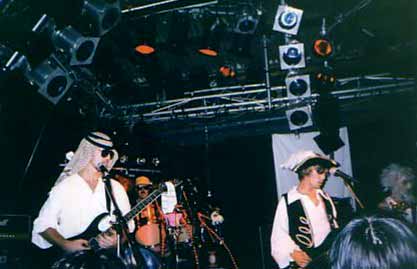